This post contains affiliate links, which help support Modern MedEd. We may earn a commission (at no additional cost to you) if you decide to make a purchase through one of these links. 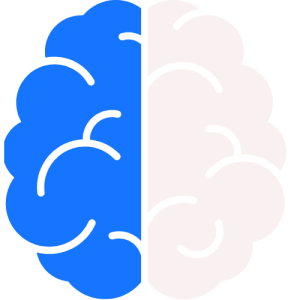 A functional brain computer interface for spinal cord injury could finally move us forward after thousands of years of clinical stagnation.

Since the early days of medicine, the classic teaching in neuroscience about spinal cord injuries (SCI) has been quite pessimistic. Even modern neuroscience isn't much different. And for good reason, it seems.

A complete spinal cord injury is one that occurs with total loss of sensory and motor function below the level of the injury. It is considered particularly hopeless, because the chances of a full functional recovery are minimal to zero.

Making matters worse, those who survive the initial insult are at higher risk of succumbing to the sequelae. Respiratory failure, skin breakdown, blood clots, pneumonia, renal failure caused by pyelonephritis from a neurogenic bladder, and a host of other deadly problems are always lurking around the corner.

The nature of neurologic injuries is to evolve over time, especially in the hyperacute and acute phases. Like other traumatized organs, the acutely injured spinal cord is prone to swelling.

This causes worsening damage by the very structures meant to protect it, often requiring immediate intervention. But even when modern medicine is first on the scene, there is no guarantee of a good outcome.

Even in classical times, thought leaders recommended reduction and decompression of the swollen cord with a laminectomy if some motor or sensory function was spared. How they confirmed they were on the correct operative level without fluoroscopy baffles me. Though, without the same medico-legal worries, I'm not surprised.

However, even in these ‘dark' times, people easily recognized the bleak future of someone with a complete spinal cord injury. With modern intensive care units and advances in medical science, spinal cord injury is less fatal today, but recovery of function remains largely similar to those in the dark ages.

Since the times of Hippocrates until today, the prognosis hasn't changed all that much. That said, it's not hard to see why the medical community is so pessimistic about complete spinal cord injuries.

What about those who do not recover their ability to walk, use their arms, or breathe on their own again? Or those who have made minimal functional recovery before plateauing? What about patients with complete cord transections where the point of surgery is simply mechanical stabilization?

This article is not meant as a downer, I promise. Though parts of it were written while I was on neurosurgical trauma call. After seeing more than my fair share of these types of injuries, along with the remarkable recoveries and disappointing outcomes, I got to writing.

This was also a major theme of 2018's Congress of Neurological Surgeons annual meeting, not to mention a possible key shift in FDA priorities.

More and more, we look to ‘new' technology to solve so many of our old problems.

Twenty years ago, carrying a camera, alarm clock, gaming device, GPS, and cell phone in your pocket at once was lunacy. Now, you have a sweet smartphone. Want awesome CME but don't want to leave your house? Boom. Need to remove a precariously positioned brain tumor but don’t have x-ray vision? Try augmented reality for neurosurgery.

A recent study published in the New England Journal of Medicine suggests there may be less hopelessness than we alluded to above. They describe four patients with chronic, complete motor spinal cord injuries who regained the ability to stand independently after the intervention.

How Does a Brain Computer Interface Work?

It may sound like something from a science fiction novel (one you should totally buy and read, by the way), but a brain-computer interface could provide hope for those with a complete spinal cord injury. In fact, it has been an emerging solution since 1973 when Jacques Vidal first called it.

After all, what is the spinal cord besides a conduit for transmitting electrical signals from the brain to the arms, legs, and organs? What if you could bypass the damaged area and send the signals to a robotic arm that would never lose another arm-wrestling match?

Brain computer interface for spinal cord injury, if shown to be safe and effective, may be a game-changer. It may also have applications to other neurological conditions like amyotrophic lateral sclerosis, stroke, or cerebral palsy.

Instead of sending signals down the usual neuromuscular pathways, usually the spinal cord’s job, a brain-computer interface receives those same signals and directs them up from the brain.

The signal processing starts with a small “chip” implanted into the cerebral motor cortex.

This component has several short probes that project into the cortex to sit among the neurons. The probes receive signals from those nearby neurons when they emit impulses. The chip then transmits those impulses to an amplifier. The amplifier is (currently) a tremendously unwieldy extracranial mass that sends these impulses into a computer.

Finally, the computer analyzes the signals and translates them into commands fulfilled by a digital or mechanical output mechanism.

This means patients can essentially use their thoughts to control a robot arm, move a cursor on the screen, use the internet, communicate, play videogames, and do many other things previously thought impossible.

The Problem of Scale... Among Others

So why isn't a brain computer interface standard of care for all patients with complete spinal cord injury?

First, cool YouTube videos always forget to mention the side effects or other issues with such exciting advances.

Fortunately, adverse events directly related to the device seem to be rare, at least conceptually.

However, the technology itself has some limitations.

First, studies need to demonstrate safety and efficacy in the intended population. Second, these systems may be too burdensome for patients to use on a regular basis. I don’t imagine having a large amplifier poking out of your head would be particularly comfortable.

Lastly, the technology just has to work. If your cursor lags a bit on your computer, you might get a little frustrated. However, if your brain computer interface is controlling a motor vehicle, your first technical failure may be your last.

That’s not to say the future isn’t promising in this area. DARPA, the United States government’s answer to the imagination of Elon Musk, entrepreneur and dogecoin evangelist, on LSD and steroids, recently funded six major brain computer interface projects.

One of which was founded by Musk while another is part of Facebook’s plan to serve ads directly to your brain.

These systems may have a relatively long road until they are mainstream, but it might not be as long as you think.

If you were ever afraid of the government putting “chips” in your brain, you can put your tin foil hat away because you know Medicaid would never cover it.

A Hand-Picked Next Recommendation for You!

We discuss the technology of brain computer interface for spinal cord injury today for more than one reason.

Yes, it’s interesting, but it also speaks to something more. There is another level of learning, knowledge, and ongoing advancement we share in medicine.

It is easy to fall into a routine where we do our day jobs and treat patients the same way we did five, ten, or twenty years ago.

We can all use a reminder to learn something new from time to time. It may sound daunting to stretch outside your cognitive comfort zone, but once you do, the lifelong learner in you will find the excitement.

My favorite way to learn something new each day is with DosedDaily. They specialize in CME for ENT specialists and PAs in hospital medicine, emergency medicine, surgery, and primary care.

As a subscriber, you'll get one email each morning with a question pertaining to a recent, clinically-relevant topic in the specialty of your choice. If you purchase a PA CME package, you'll also get 50% more CME credit as the program is approved for self-assessment credits.

A Hand-Picked Next Recommendation for You!

VisualDx is a user-friendly artificial intelligence-enhanced visual clinical decision support system that can be used in just about every specialty. It is available on desktop, android, iOS, and is one tool that I personally think is a must-have for all practicing clinicians.

Earn CME at the Point-of-Care with MDCalc

Get a free gift set, unlimited CME, and a gift card with MDCalc's new offer for healthcare professionals

Browse All Oakstone CME & Board Review Offers on ModernMedEd.com

Browse All BoardVitals CME with Gift Card Offers on ModernMedEd.com

Need help finding the right continuing medical education activity for your specialty, learning style, and budget? We can help.

Non Clinical Ways to Increase Your Physician (or PA/NP) Income

Most Lucrative Survey Panels for Clinicians

New Additions to the CME Database Are Ready!

Intuitive, easy, and most of all practical

You may carry a 35-year old pager to work, but make no mistake - tech is coming for healthcare

How to Spend Leftover CME Money Before It Expires

4 Effective Techniques to Stretch Your CME Fund Further than Ever

Quickly & Easily Find CME
Based on Your Learning Preferences

Click the icon or title to go straight to the most relevant section of the website for that particular CME format.

Listen to your CME while pretending you've found the secret to multitasking.

Miss CME meetings? Take a look at some real-life (and virtual) CME events!

CME with gift cards and other rewards to stretch your CME allowance further than ever.

Earn CME credits at the point of care for using the tools you already know and trust.

Take your communication to the next level and increase access to care for entire communities.

Pay once, access CME for two or three years in dozens of specialties. Updates included.

Now that you know you don't HAVE to travel for CME anymore, why would you?

Stay ahead of the game with the latest research in psychedelic medicine. Patients will be asking.

Engaging board-style vignettes with CME credit that adds up quickly and easily.

Learn about essential updates from somewhere you've never been before.

Earn all the CME credits you could possibly need (or want) from one CME purchase.

Enhance your medical survival skills by practicing in real-life environments with experienced instructors.

Visual learners have more options than ever for finding quality CME that speaks to their style.

Earn CME on a river. Or earn CME credits at sea. Don't forget to claim your "SEA"-M-E.

Give it a few years and it'll be cool.
Just you watch.

We work with independent CME providers that do not accept industry funding.

ANy CME we recommend meets the following standards:

Providers not meeting these standards may be mentioned for sake of completeness or topic relevance.
Our relationship will be clearly disclosed.